WASHINGTON — The Justice Department announced charges Monday against four members of China’s military on suspicion of hacking into Equifax, one of the nation’s largest credit reporting agencies, in 2017 and stealing trade secrets and the personal data of about 145 million Americans.

“This was a deliberate and sweeping intrusion into the private information of the American people,” Attorney General William Barr said in a statement.

The charges underscored China’s quest to obtain the personal data of Americans — which Beijing can use to propel advances in artificial intelligence and espionage — and its willingness to flout a 2015 agreement with the United States to refrain from hacking and cyberattacks, all in an effort to expand economic power and influence.

Though not as large as other major breaches, the attack on Equifax was far more severe. Hackers stole names, birth dates and Social Security numbers of millions of Americans — data that can be used to access information like medical histories and bank accounts.

“This kind of attack on American industry is of a piece with other Chinese illegal acquisitions of sensitive personal data,” Barr said in announcing the charges Monday at the Justice Department, citing China’s theft of records in recent years from the government’s Office of Personnel Management, Marriott International and insurance company Anthem.

The indictment suggests the hack was part of a series of major thefts organized by the People’s Liberation Army and Chinese intelligence agencies. Barr said that China can use caches of personal information to better target American intelligence officers and other officials.

The biggest of those breaches was the theft in 2015 of roughly 22 million security clearance files from the government personnel office, which keeps track of... 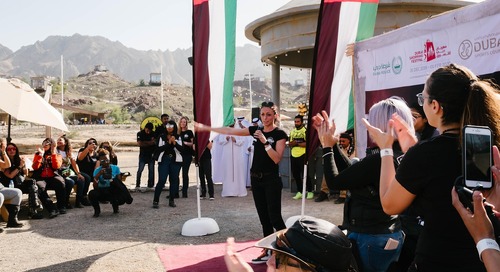 The night Hayley Bell threw a leg over her KTM motorcycle and pointed the front tire toward Scotland, it wa...