LOCKPORT, N.Y. — Jim Shultz tried everything he could think of to stop facial recognition technology from entering the public schools in Lockport, a small city 20 miles east of Niagara Falls. He posted about the issue in a Facebook group called Lockportians. He wrote an opinion piece in the New York Times. He filed a petition with the superintendent of the district, where his daughter is in high school.

But a few weeks ago, he lost. The Lockport City School District turned on the technology to monitor who’s on the property at its eight schools, becoming the first known public school district in New York to adopt facial recognition, and one of the first in the nation.

The district, said Shultz, 62, “turned our kids into lab rats in a high-tech experiment in privacy invasion.”

The decision underscores how facial recognition is spreading across the country and being deployed in new ways in the United States, as public officials turn to the technology in the name of public safety.

A few cities, like San Francisco, have barred their governments from using the technology, but they are exceptions. More than 600 law enforcement agencies started using the technology of one company, Clearview AI, in just the past year. Airports and other public venues, like Madison Square Garden in Manhattan, have adopted it as well.

Schools are a newer front, and the debate that took place in Lockport encapsulates the furor surrounding the technology. Proponents call it a crucial crime-fighting tool, to help prevent mass shootings and stop sexual predators. Robert LiPuma, the Lockport City School District’s director of technology, said he believed that if the technology had been in place at Marjory Stoneman Douglas High School in Parkland, Fla., the deadly 2018 attack there may never have happened.

“You had an expelled student... 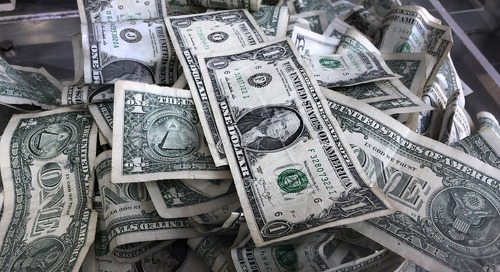 Should your student loans and your spouse’s get hitched?

Multiple studies have shown that student debt can cause borrowers to delay getting married. For some borrow...